Another chapter was recently written in Stepney Fire’s history: our Boy Scout troop, Troop 62, sponsored by the fire department, celebrated its 75th Anniversary! The troop, founded in 1944, marked the occasion by retiring its original flag and replacing it with a new replacement.

The original 75-year old flag was presented to Stepney Fire by the Troop to be hung in the firehouse where it will be prominently displayed.

In addition to the flag retirement ceremony the troop was given some proclamations by the Town of Monroe and the State of Connecticut General Assembly.

Here’s to another 75 years! 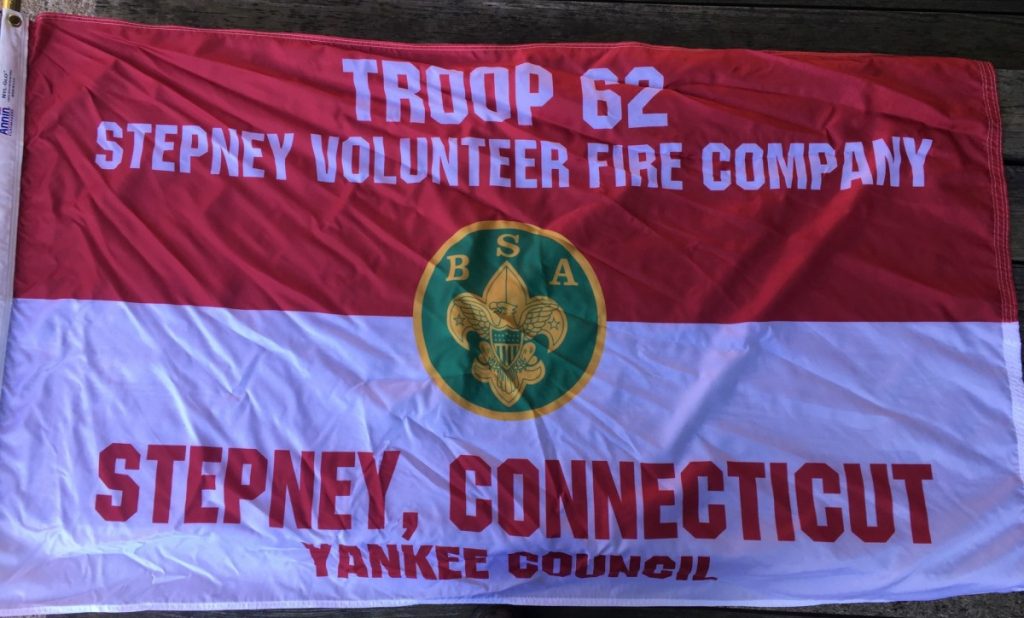 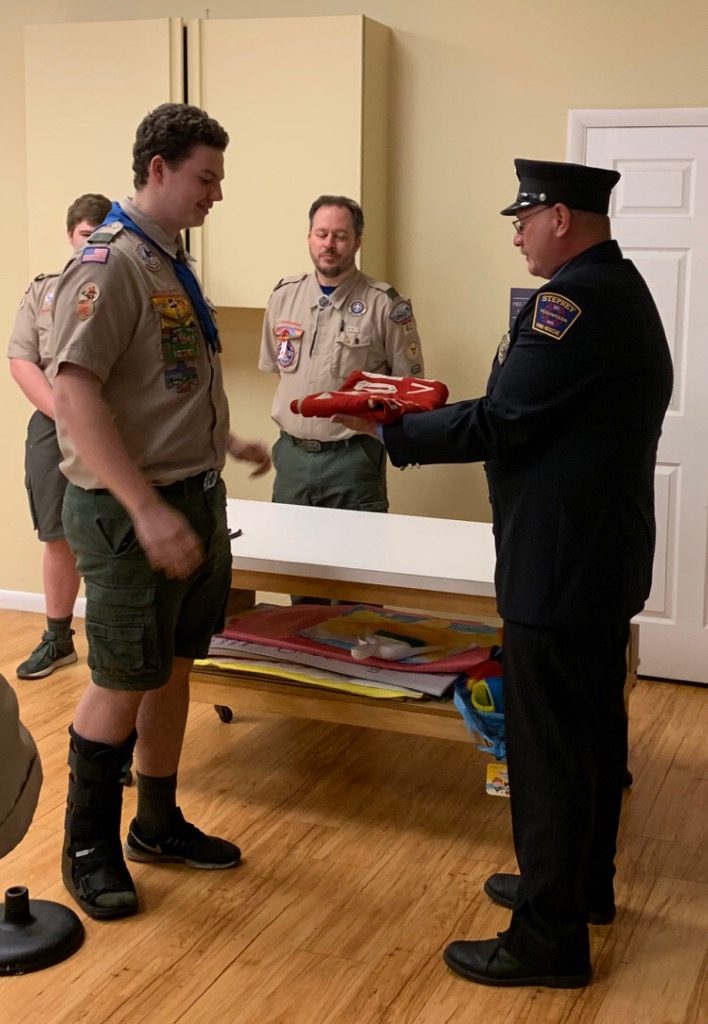 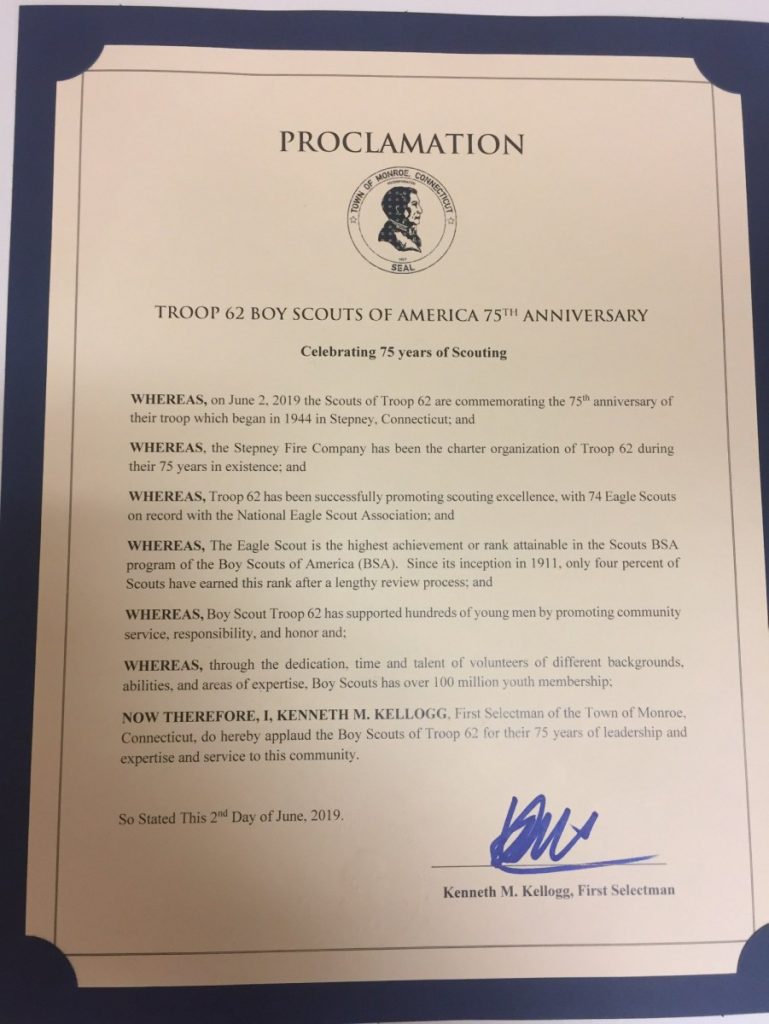