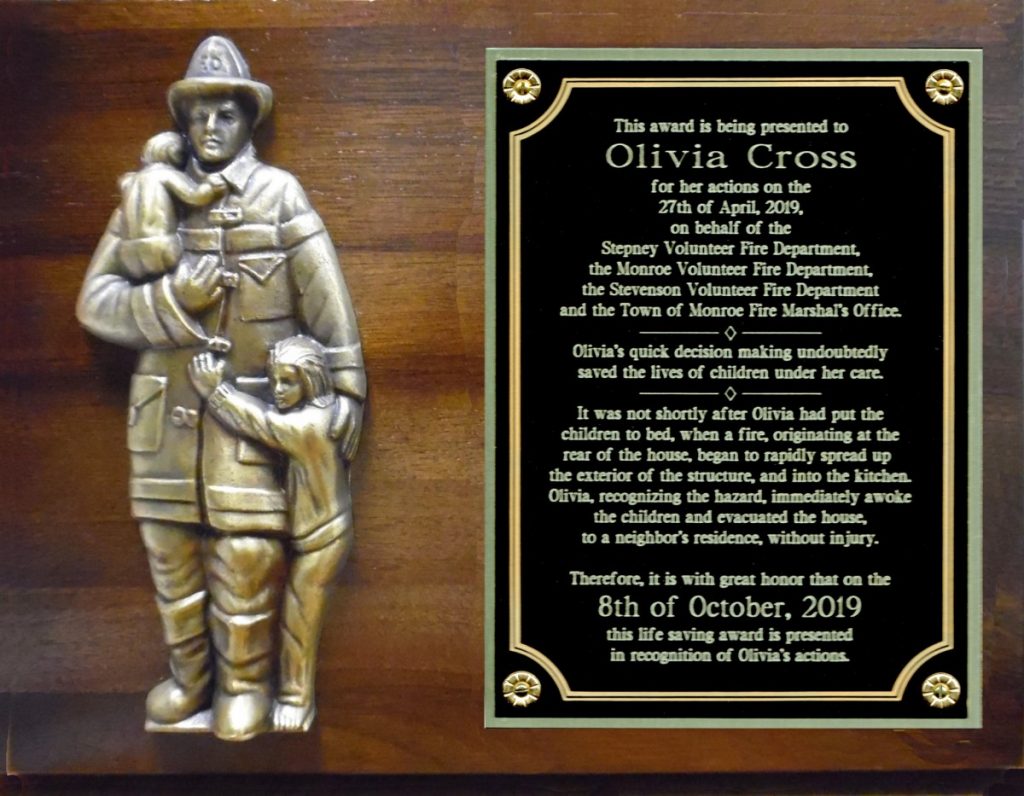 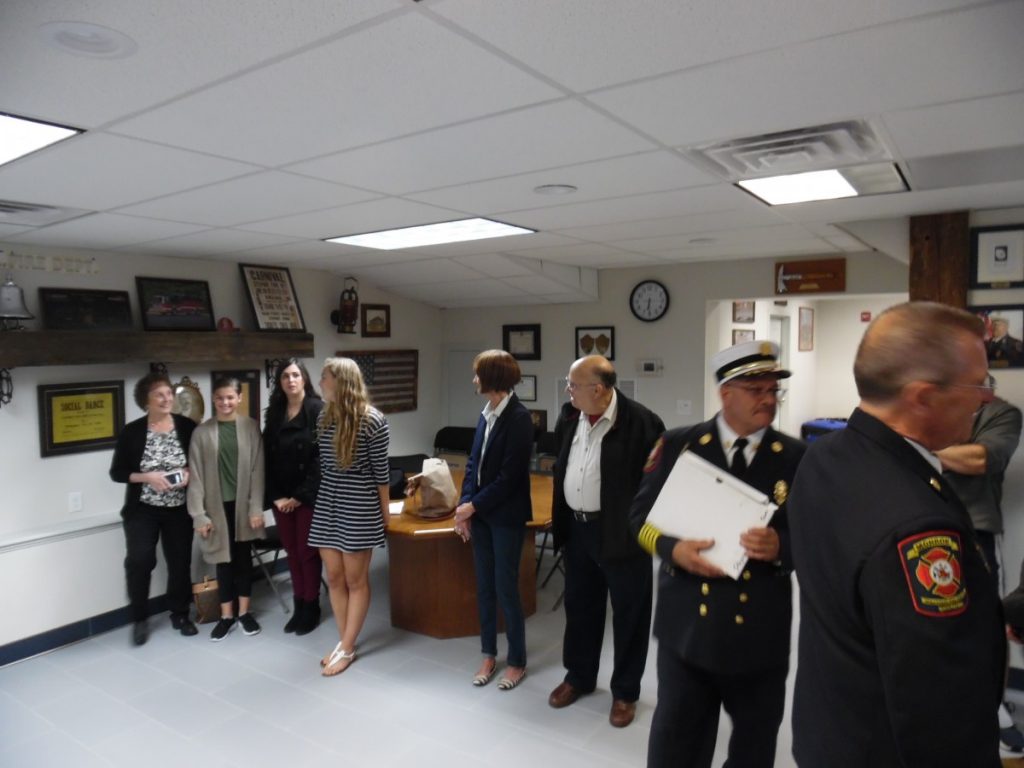 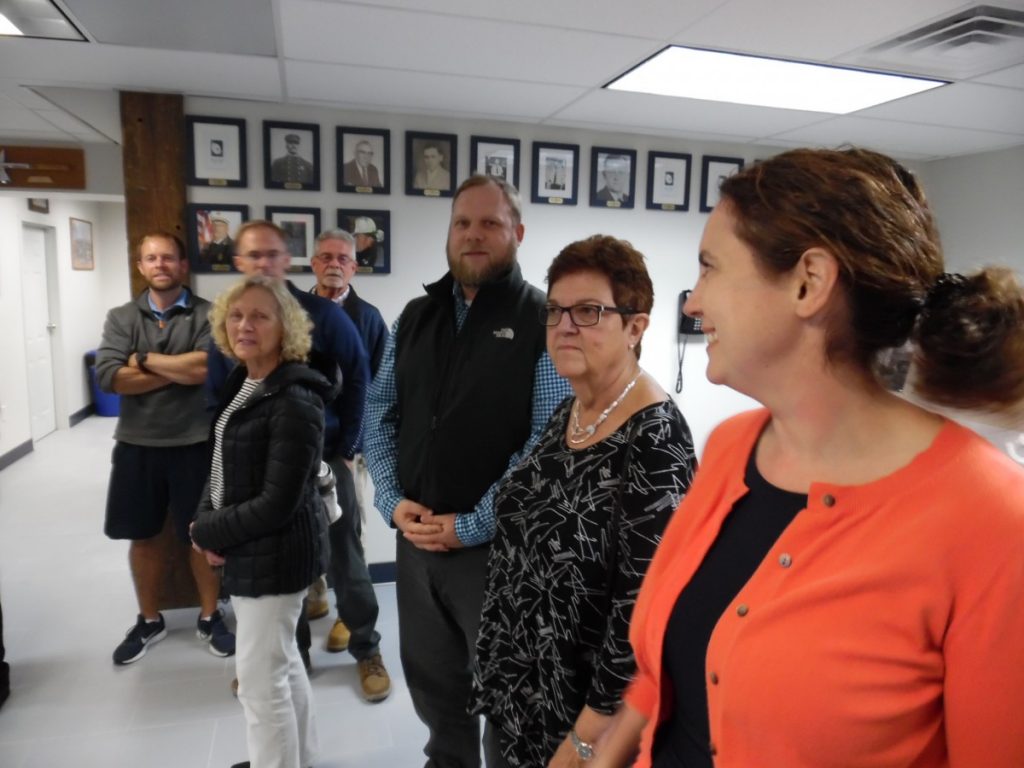 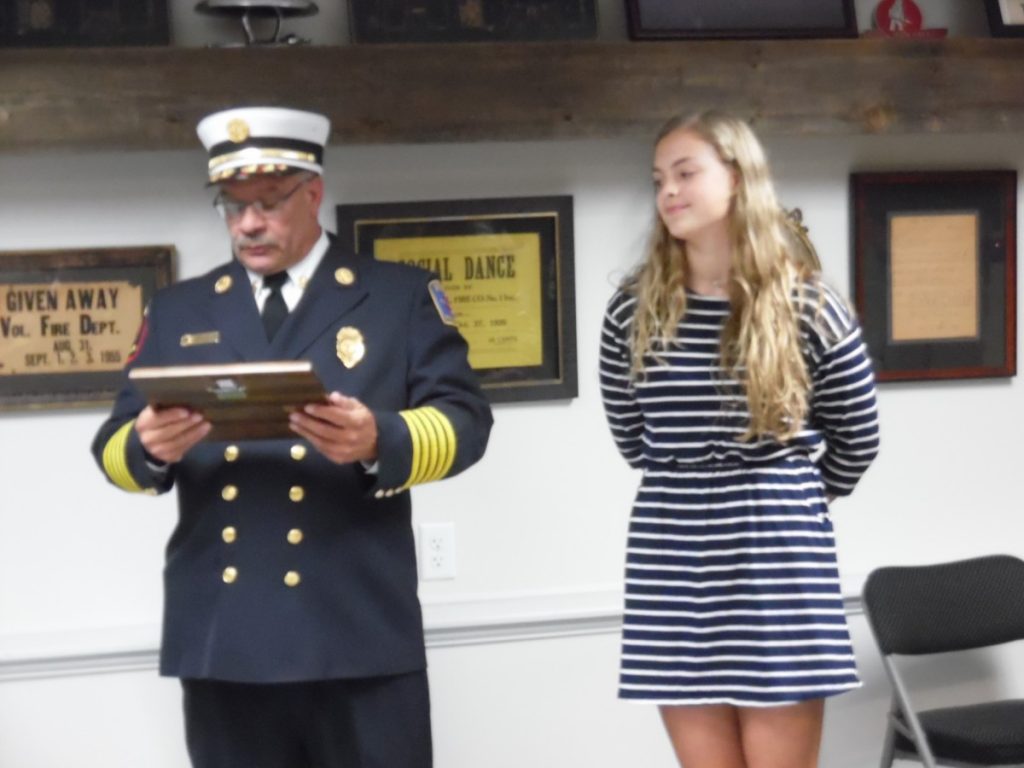 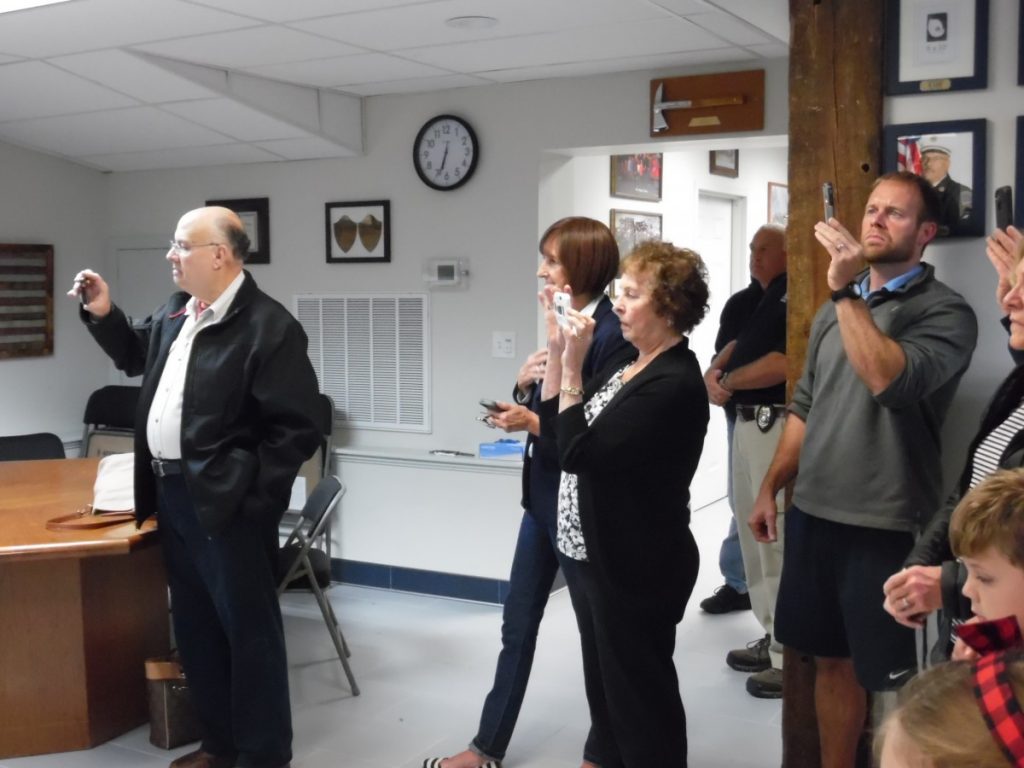 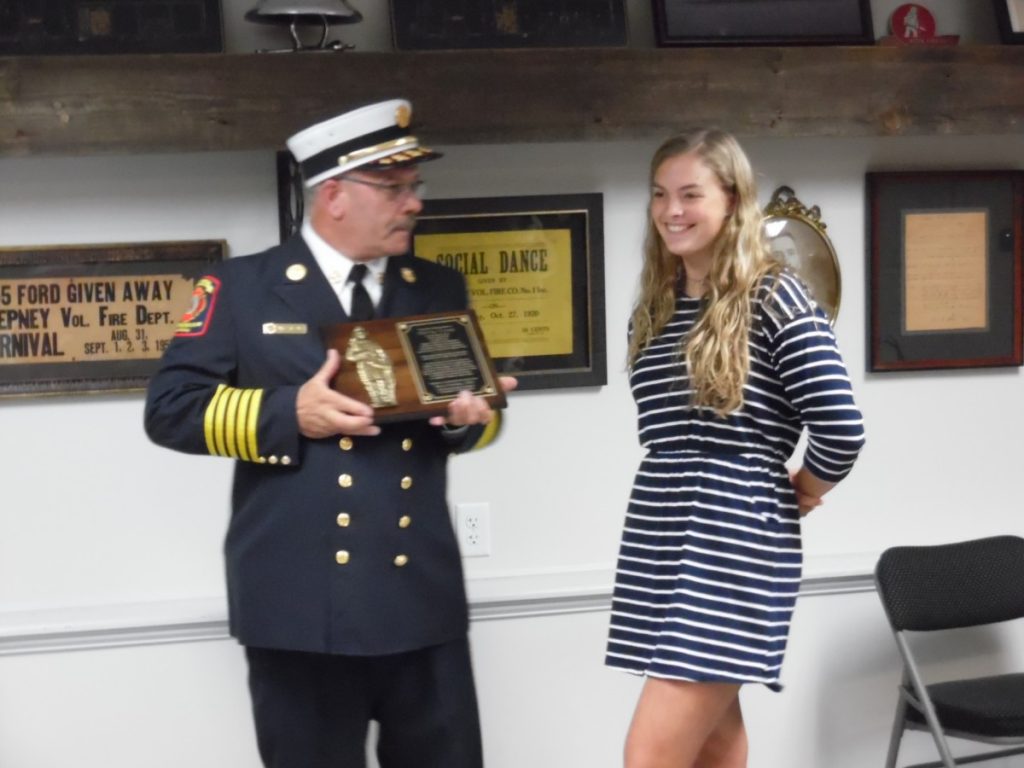 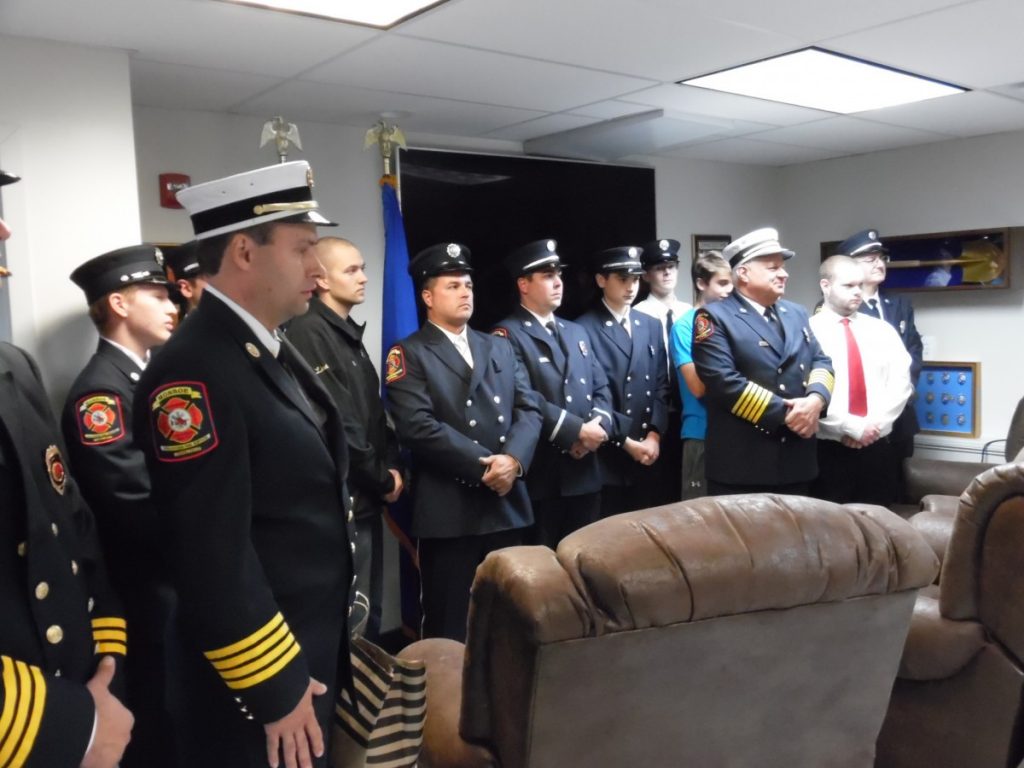 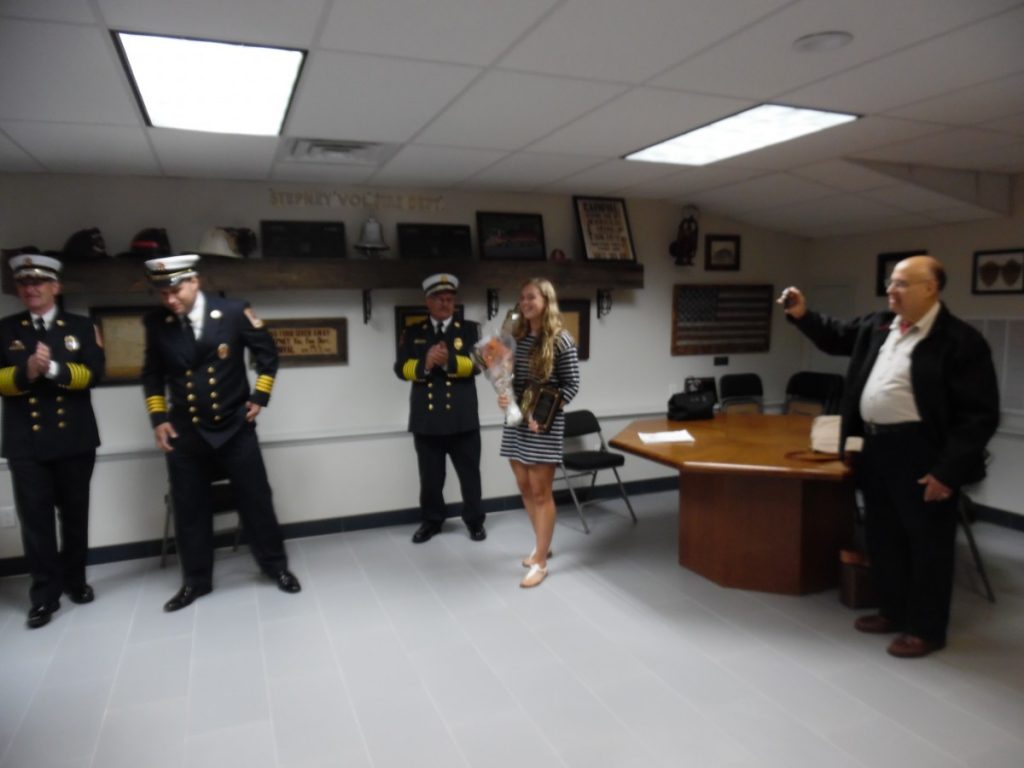 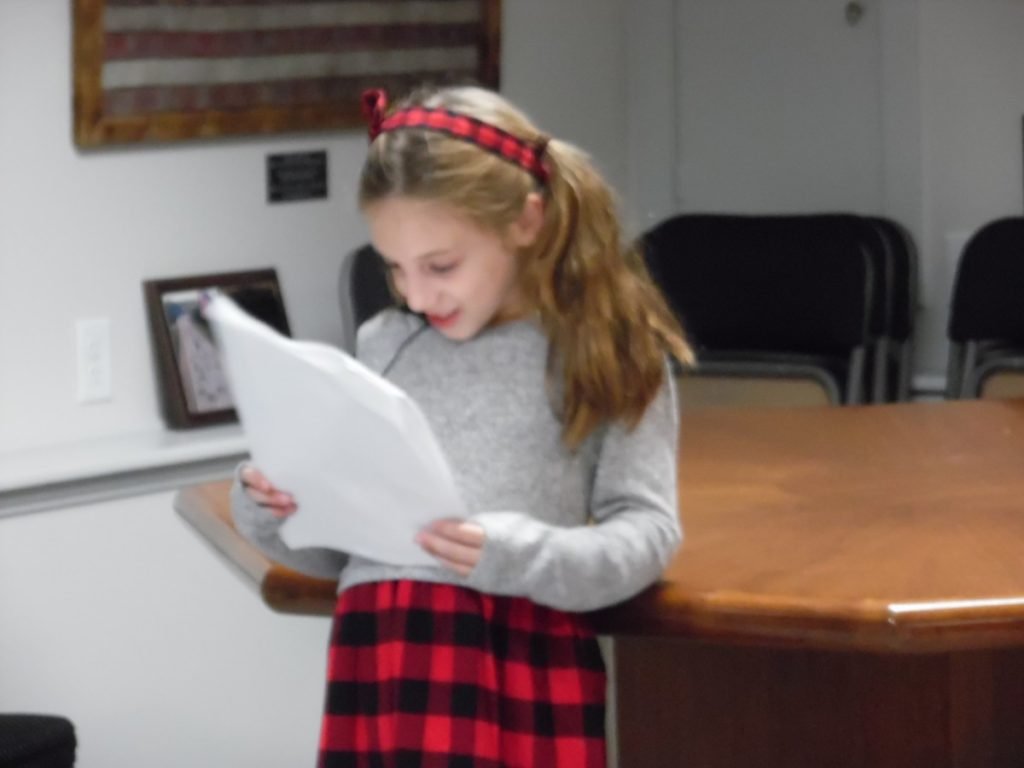 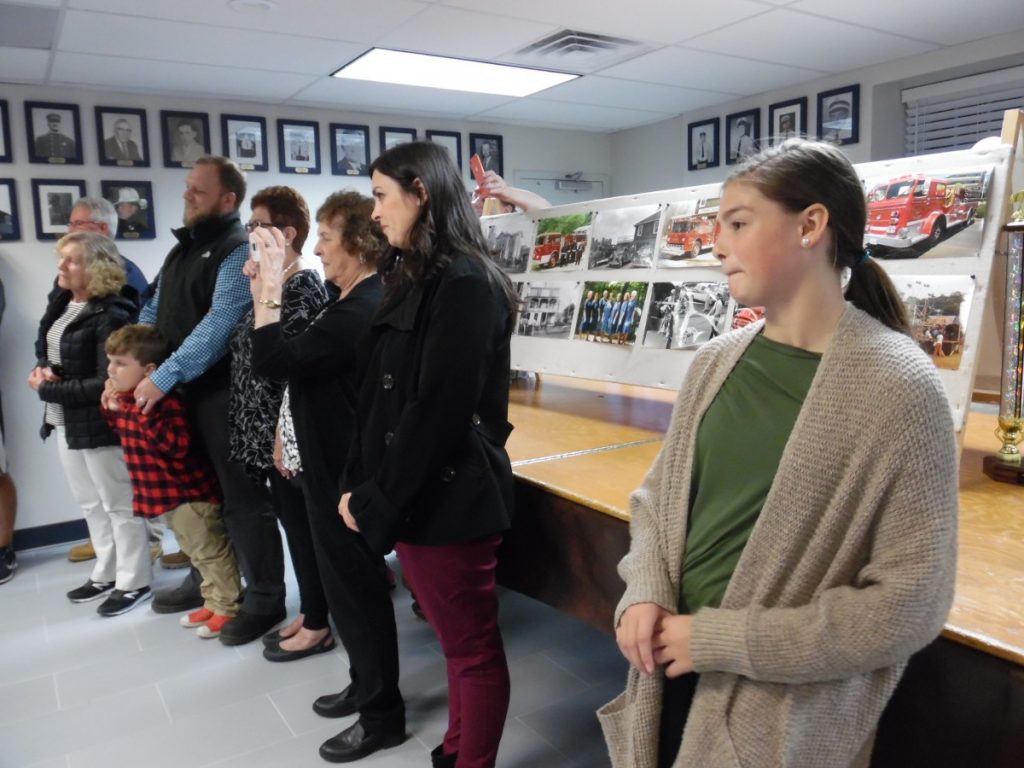 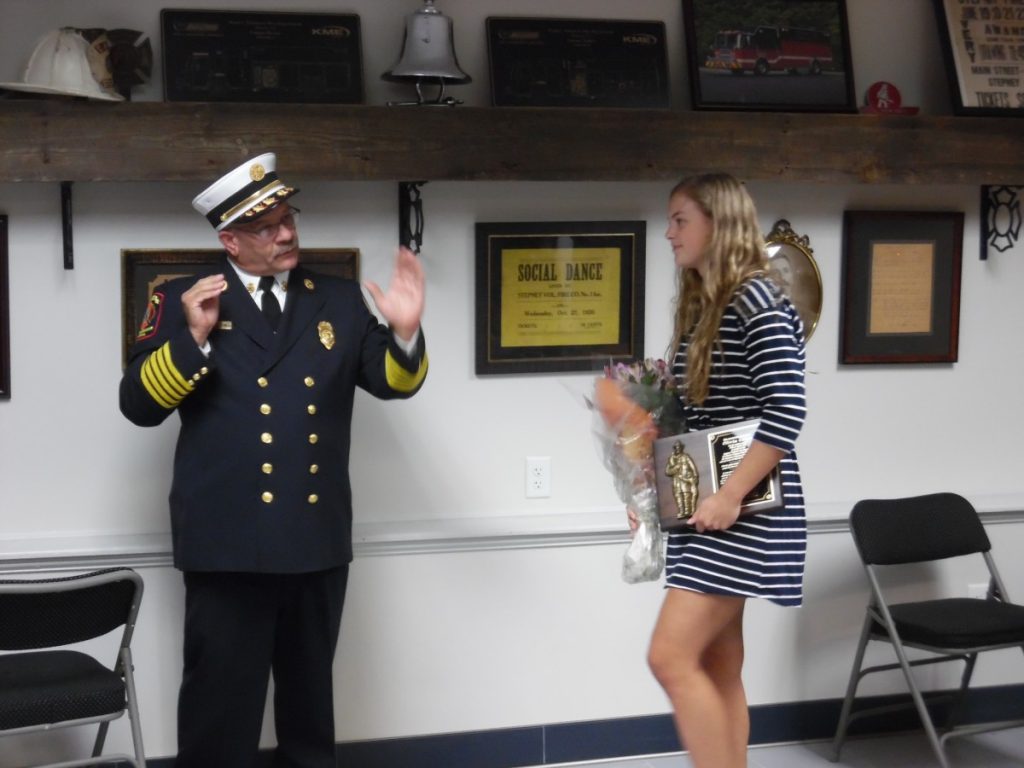 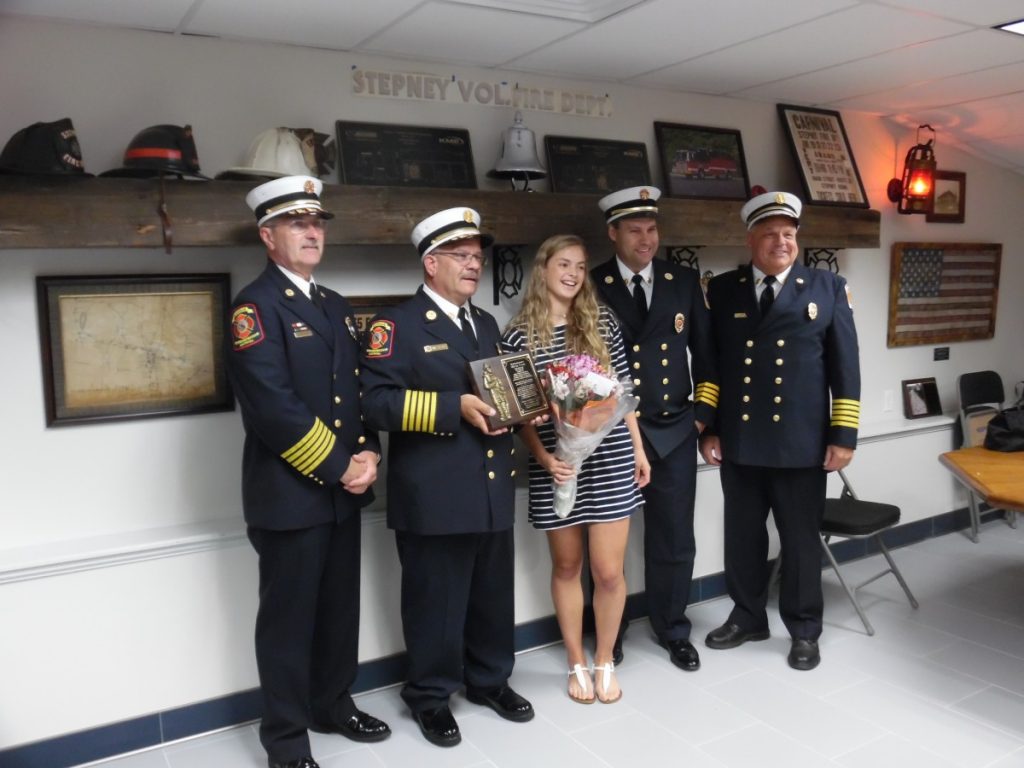 On April 27, 2019, Olivia Cross was babysitting two young children at their home on Sheep Meadow Road in Monroe. Shortly after putting the two children to bed that Olivia discovered a fire spreading rapidly on the back deck of the house. She immediately awoke the children, calmly got them out of the house and then called 911.

Upon arrival firefighters from Stepney, Monroe and Stevenson reported a large fire in the rear of the home that extended into the kitchen. The fire was quickly extinguished but the occupants were not able to occupy the house.

The Monroe Volunteer Firefighters presented Olivia an award for her actions on April 27, 2019. According to the award presented to her, “Olivia, recognizing the hazard, immediately awoke the children and evacuated the house to a neighbor’s residence, without injury”.

If it wasn’t for her quick actions, the outcome would have been completely different.